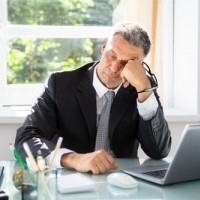 Elderly Canadians may be forced to delay their retirements

More and more older Canadians will likely postpone their retirements to ensure their households’ purchasing power, according to Joseph Nunes of the C.D. Howe Institute.

“Workers participating in a defined-contribution pension plan have a few levers to provide for adequate income in retirement, including saving at a greater rate during their working years and/or postponing retirement until their savings (including government benefits) reach the necessary level,” Nunes wrote in his report titled “The Power of Postponed Retirement.”

“Postponing retirement is a powerful tool for individuals that are unable to increase savings during their working career.”

Nunes estimated that putting off retirement by just one year is equivalent to “saving an additional 1.5% of salary starting at age 30,” assuming a baseline savings rate of 10% and a salary of $50,000 at age 59.

In the context of the current pandemic, this will become an especially potent option.

“Given the COVID-19-related slump in the market, older workers may need to spend extra years on the workforce, or settle for a lower level of retirement income,” Nunes said.

This mirrored the struggles of roughly 47% of Canadians who are unable to afford a work stoppage as they have neither back-up funds nor benefits, according to a recent poll commissioned by Postmedia Inc.

“The federal government, in tandem with the provinces and territories, should modify the retirement savings system to allow private-sector workers to save in tax-deferred programs at a rate greater than the current Income Tax Act limit of 18% of salary,” Nunes stated. “Canada’s governments should also modify the retirement system to allow for the deferral to age 75 of retirement income from tax-deferred vehicles, as well as from Old Age Security and the Canada Pension Plan.”